The Honda Civic Type R is the highest performance version of the Honda Civic made by Honda Motor Company of Japan. It features a lightened and stiffened body, specially tuned engine and upgraded brakes and chassis. Red is also used in the interior to give it a special sporting distinction and to separate it from other Honda models. This is something that all of us Honda enthusiasts know, but what is less known is that with this Type R is trying to get back at US markets with a real performance car which is indeed necessary since Honda discontinued S2000 around six years ago. Bringing the Type R should push forward resurrection of the brand’s credibility with enthusiasts, and bring more excitement to a model that has grown too “boring” and conservative. 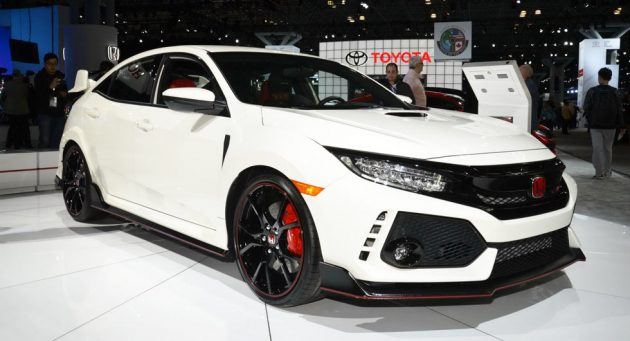 If we speak about exterior look of the new Civic Type R, it will have a Hatchback look, while the rest of 10th gen Civic family will traditionally be offered as four-door-sedan and two-door-coupe body style. Honda is trying with this to attack a few markets with the one car, and the targeted rivals will probably be Ford Focus RS, Subaru WRX STI and Volkswagen Golf R. The car will have some similarities to its previous version but it will get slightly updated in the segment of front fender vents, dual lip spoilers, front bumper air curtains, side skirts and rear spoiler, front and back lighting. 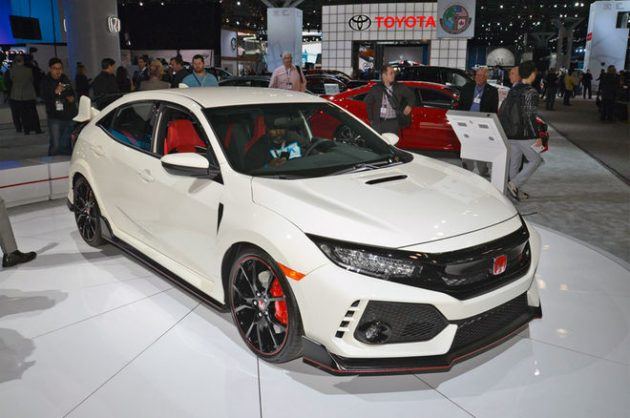 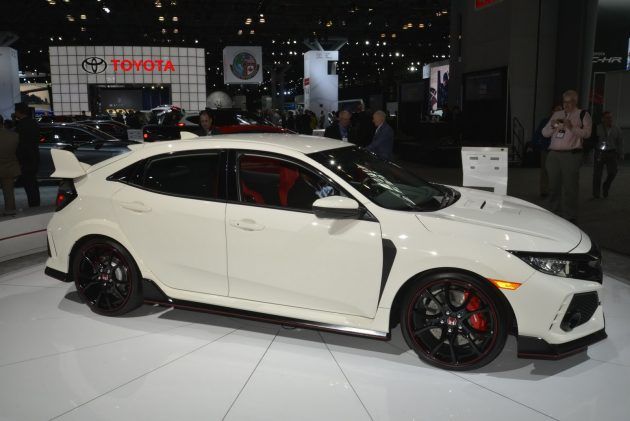 One more characteristic of the new Type R Civic will be a triple exhaust tips mounted at the center of the rear bumper together with a more aggressive posture. The wheels will get bigger, measuring 19 inches and inside each of these will host a Brembo brake caliper which encourages us to expect the final version to come with 4 piston calipers and probably 13.7 inch discs at the front. 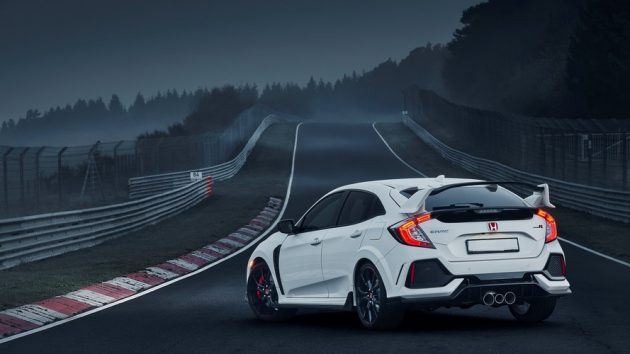 Interior of the 10th gen Type R will resemble the new generation Civic model but with recognizable sporty red interior with a lot of carbon fiber and aluminum inserts rounded with sporty bucket seats that offer safety and comfort divided equally, as well as a good driving position. What we believe will be robbed of the 2015 Type R, which still has not seen the light of US market, are the digital read-out, which was high up in line of sight in 2015 model but will probably be toned down for 2018 model, then a bunch of dials that will probably be of the current Civic, large touchscreen in the centre console and separate heating display. All this will be well rounded and packed into this performance vehicle that yet has to wow eagerly waiting Americans.

Engine fitted into this vehicle is already known and it will be a 2.0 L, 4 cylinder with direct fuel injection, turbo-charging and VTEC variable valve timing. Maximum power should be close to 306 HP and 295 lb-ft of torque, which is found in the current Type R sold overseas, and all of that power will be delivered to front tires via six speed manual transmission. Torque steer will be suppressed by a new “Dual Axis Strut Front Suspension” and adaptive dampers all around. Also aiding the handling are the numerous body enhancements aimed at producing more downforce. Fuel consumption is allegedly reduced, but who will worry about a that when you can press the pedal to the metal and smile all the way around your local track. Nevertheless for those who are interested, EPA has rated the new 2018 Honda Civic Type R at 22 mpg in the city, 28 on the highway and 25 mpg combined. 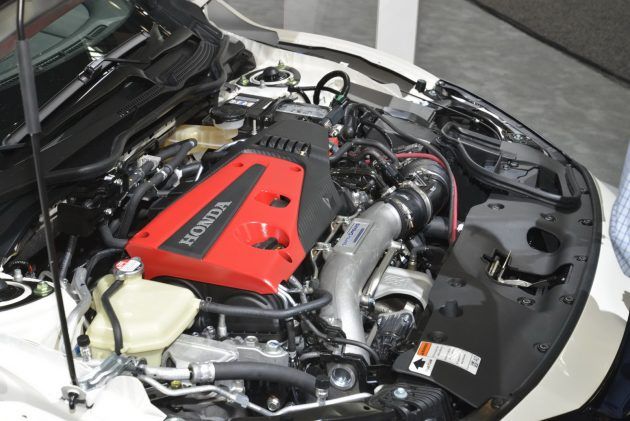 In the Video below you can see how new Honda Civic Type R set a new record on the Nurburgring race track and become the fastest front-wheel drive car.

European version of new Honda Civic Type R has its world debut at the Geneva Auto Show this March. It will be produced in UK and we can expect it to hit the market in July. If we speak about US version it has it world premier in New York in April, while sales should star in late summer or early fall. 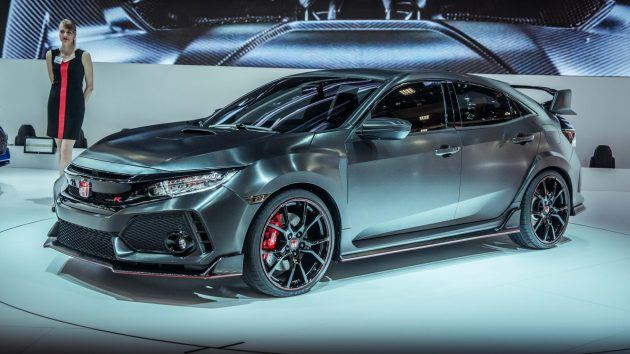