Honda’s compact-car hero is made of metal, glass, plastic and rubber, but it might as well be made of Teflon. It shrugs off all challengers, including the current utility-vehicle wave that has so far drowned many other small-car labels.

The Civic remains a strong seller in Canada and the United States, which is critical for the stability of the Alliston, Ont., assembly plant that builds the car, Honda Canada CEO Dave Gardner says.

“It’s pretty evident me that the success of Civic and the ongoing sustainability of Honda Canada manufacturing are closely linked Gardner said.

The Civic has been Canada’s top-selling car for 21 straight years and was the country’s third-highest-selling vehicle in 2018 behind only the Ford F series and Ram pickups. Last year, Civic sales in Canada were essentially flat at 69,005 units as the car market as a whole shrank 7.2 per cent, boosting the Civic’s share of the Canadian new-vehicle market to 11.6 per cent.

Its share continued to grow in the beginning of 2019. Through June, Honda sold 32.398 Civics. While that’s down 8.8 per cent from a year earlier, the car market as a whole declined, and the Civic’s share grew to 12.2 per cent.

MADE WELL, MADE HERE 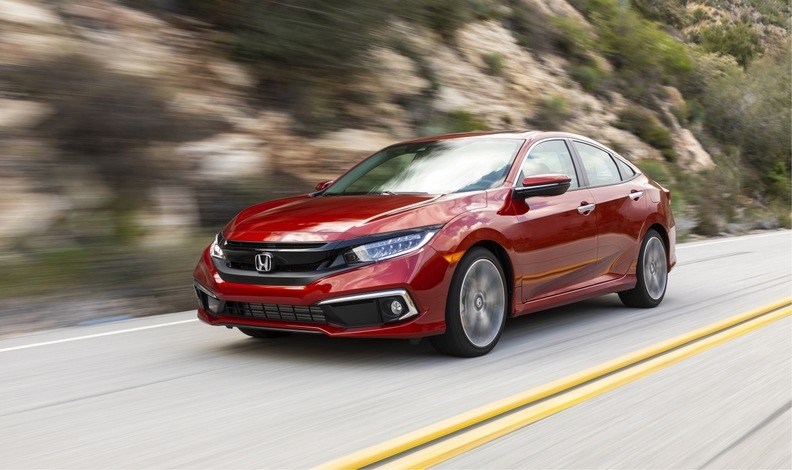 Bob Redinger, general manager of Ready Honda in Mississauga, Ont., attributes the Civic’s strong sales to its reputation as a reliable vehicle and to its being made in this country.

“It meets the needs of the average Canadian in terms of size, features, functionality,” Redinger said. “You have a broad range of customers, from students to couples with a child and retirees as well. It’s a broad range that it meets.”

Robust sales of the Civic are good news for the Alliston assembly plant amid growing concerns about the health of Canadian auto manufacturing. General Motors, for instance, will stop vehicle assembly at its Oshawa, Ont., plant by year’s end, while Fiat Chrysler Automobiles plans to cut a shift at its Windsor, Ont., plant by September.

Honda employs 4,200 hourly workers at its three Alliston plants, which produce the Civic and CR-V crossover.

Redinger said that even as the new-vehicle market declines in Canada, Alliston could prove to be even more important to Honda, especially since it plans to close a United Kingdom plant that builds the Civic by 2021.

As well, Gardner said the plant — designated as the global lead plant for the Civic when the current generation was released in 2016 — has been an education.

“The experience that we gained for the first time ever being the lead plant I think has helped to develop our associates and the capabilities of HCM (Honda of Canada Mfg.) up there in terms of positioning us well for the future,” he said.

Changes are coming for the Civic, however, including a redesign, and Honda has said it will cut the variations of the Civic and other models to one-third of current levels by 2025, which is part of a larger plan to streamline manufacturing processes and free up resources.

Gardner said he doesn’t expect the changes will have much of an impact on either manufacturing at Alliston or when it comes to sales in Canada because only a handful of configurations sell in large quantities anyway.

“The substantial bulk of your sales are covered by very few” of the model variations. Redinger said cutting back on options will help make shopping simpler for Civic buyers. Honda will “figure that out and eliminate the [trims] that aren’t really necessary. I think that’s a good thing. It’ll make it easier for customers to choose from inventory and easier for dealers to stock.”